Membership of Ukraine in the UNAIDS Programme Coordination Board 2014-2016

In October 2012 UNAIDS PCB visited Ukraine to learn about its National AIDS Programme and to experience first-hand the progress made and the challenges in the country’s AIDS response. It was the first PCB visit to the Region of Eastern Europe and Central Asia. It also caused an increased interest of country partners both, government and civil society in the work of UNAIDS PCB and opportunities it creates for the national AIDS response and international visibility.

In spring 2013, ECOSOC elected Ukraine as a member of the UNAIDS Programme Coordinating Board for the period 2014-2016. Delegation of Ukraine to its first as the member PCB meeting was headed by the Vice Prime Minister, Chair of the National Council on HIV and TB. It also included representatives of key populations and the All-Ukrainian Network of people, living with HIV. 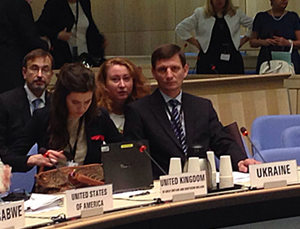 “Consolidation of efforts at the international level to combat HIV epidemic is a prerequisite for success. Enhancing cooperation with UNAIDS will optimize the participation of Ukraine in the international fight against AIDS and leverage resources for implementation of the National AIDS programme” – said the Vice Prime Minister of Ukraine Olexander Sych in Geneva during the opening of the 34th PCB meeting.

During its membership Ukraine became one of the 30 Fast Track countries and maintained the global attention to the Eastern Europe and Central Asia HIV epidemic, as it is the only region where epidemic continue to grow. Ukraine`s experience of the HIV response in the humanitarian emergency triggered the PCB thematic segments “HIV in emergency contexts” emerging further in the GF new categorization - “Challenging operational environment”. As a result Ukraine remained eligible for - higher than expected - the Global Fund allocation (120 mln USD) for HIV and TB for 2018 - 2020. 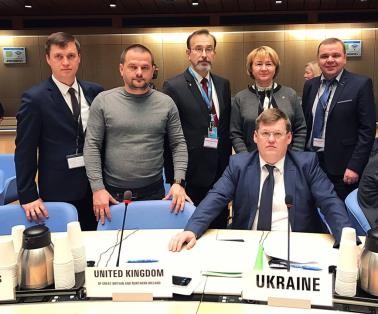 At its last as member PCB meeting in December 2016 the delegation of Ukraine was also headed by the Vice Prime Minister of Ukraine Pavlo Rozenko, who provide overview of the progress reached by the country during its PCB membership - “The three years of our membership coincided with the highly challenging period for our country. This includes military aggression by the neighboring power that resulted in the annexation of the part of our territory, millions of internally displaced persons, severe impact on the national economy and negative consequences for thousands of people living with or affected by HIV. But Ukraine is demonstrating that even in such critical circumstances with proper coordination and real commitment the positive change is possible. We are proud about significant scaling up of antiretroviral treatment, implementation of the full scale prevention programs for key populations and the biggest and the most extensive substitution therapy program in the EECA region. We are also proud of close and open cooperation between the Government, civil society, international agencies and donors. We will continue to work together to support country ownership, country leadership and make sure that we are responding as challenging times require. I would like to thank PCB, UNAIDS, its Cosponsors and all partners involved in this global debate on ending epidemic by 2030 for the opportunity to be with you for these three years and express hope to rejoin you as one of the countries that successfully implemented global expectations. I would like to note that the representative of the All-Ukrainian Network of People living with HIV is with us in the room and would later, as the main partner of the government, present observations from the civil society perspective. We highly appreciate this partnership” 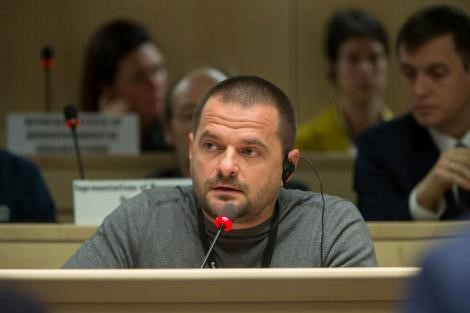 Dmytro Shermbey, the Head of the Board of the All-Ukrainian Network of people, living with HIV, addressed PCB with the powerful speech - “I am here because I was lucky enough to survive - I can stay alive and come here because in the morning I have taken my ARV. But many people don’t have such opportunity - still don’t have access to ARVs. We need to remember that when we talk about access we actually talk about people’s lives. Ukrainian network is fighting to remove all barriers between people and treatment, because there is no excuse for barriers when we talk about saving lives.”

During its membership in PCB, Ukraine made an unprecedented decision to increase the national funding for HIV and TB treatment program by 132%. This step and active involvement of international donors should allow to almost double a number of patients receiving lifesaving antiretroviral medicines in 2017, which is a basic precondition to catch-up with the 90-90-90 targets.

To ensure sustainability of the national AIDS response the government of Ukraine adopted the National Sustainability Strategy developed with active participation of the representatives of key populations. This will ensure better accounting for the needs of injecting drug users, men who have sex with men, commercial sex workers and prisoners. For the first time in the Ukrainian history the Government started procurement of methadone and buprenorphine for opioid substitution therapy program. The allocated funding will provide treatment for 7300 patients and should progressively scale-up. This investment from the side of the government as well as the increase of the state funded procurement of ARVs should become a turning point in transition from donor to the Government funding, thus creating sustainable system of response.

In April 2016 Kyiv city, the capital of Ukraine, became the first city in Eastern Europe and Central Asia to join the Fast Track Cities Initiative setting an example for all the country and other cities in the region. Capital’s municipality and its partners confirmed expansion of the number of patients on ART from 5,000 at the beginning of 2016 to 12,000 by the end of 2017. The City Fast Track program is not only a political declaration, but a vivid technical document that allows Kiev to progress rapidly in building partnerships, including the very promising one with the private sector. Following the political commitment made by Kyiv Mayor Klitchko the Kiev City HIV Council developed the Fast Track Programme 2017-2021 with the target of 82% PLHIV on ART. Ten other high burden cities consider joining Fast Track Initiative (“Kyiv x 10”). Odessa became the second city which signed the Paris Declaration in February 2017. (photos from Kyiv and Odesa?)

Under the signed Association agreement between Ukraine and the European Union Ukraine undertakes measures to comply with the European regulatory requirements and the development of public health approach. The Public Health Centre was established under Ministry of Health to oversee and manage the country response not only to HIV, but also in tuberculosis, Hepatitis and other diseases. The Center should become the leading national institution rolling out National HIV/AIDS Strategy in close collaboration with stakeholders group and meaningful involvement of civil society, including people living with HIV. 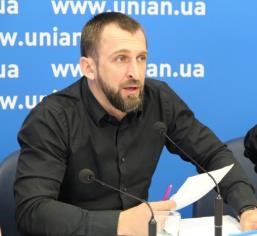 Since the beginning of the military conflict in 2014 certain regions of Ukraine with high HIV burdens were significantly affected. Approximately 24% of estimated PLHIV live in Crimea and Luhansk and Donetsk regions, including in non-government controlled areas; over 1 million people from these regions are internally displaced within Ukraine. Nearly 3 years into the armed conflict in the East of Ukraine, an estimated 3.8 mln people will need humanitarian assistance in 2017. Approximately 2.2 mln people are suffering a lack of access to quality health services as a result of the conflict. With the GFATM Emergency Fund support through UNICEF implementation the ART programme in the non-government controlled areas was maintained for 10,145 PLHIV, including children. In addition to the GFATM funded prevention programme among key populations up to 3.4 mln condoms were distributed among key populations and uniformed people in the territories along the armed conflict line in the East Ukraine. The OST programme fully seized in the non-government controlled areas.

Sergiy Dmitriev from the All-Ukrainian Network of PLHIV presenting Ukrainian case to PCB at its 36th meeting in July 2015 stress on the following – “The military conflict occurs in epicentre of HIV epidemic in Ukraine. There were 33,305 PLHIV registered in the Donetsk and Lugansk regions, which make 24% of the entire Ukrainian dispensary group.There are a lot of international organization and UN agencies working in area of humanitarian aids in the conflict zone: OCHA, UNHCR, UNDP, WFP, UNICEF, WHO, Red Cross, MSF, etc, but all of them have certain limitations in service provision on No Government Controlled Territories (NGCT). As a result, NGOsremain the only source of HIV related services there, and with support of international community ensure treatment continuation for 7,990 PLHIV, including 367 prisoners. 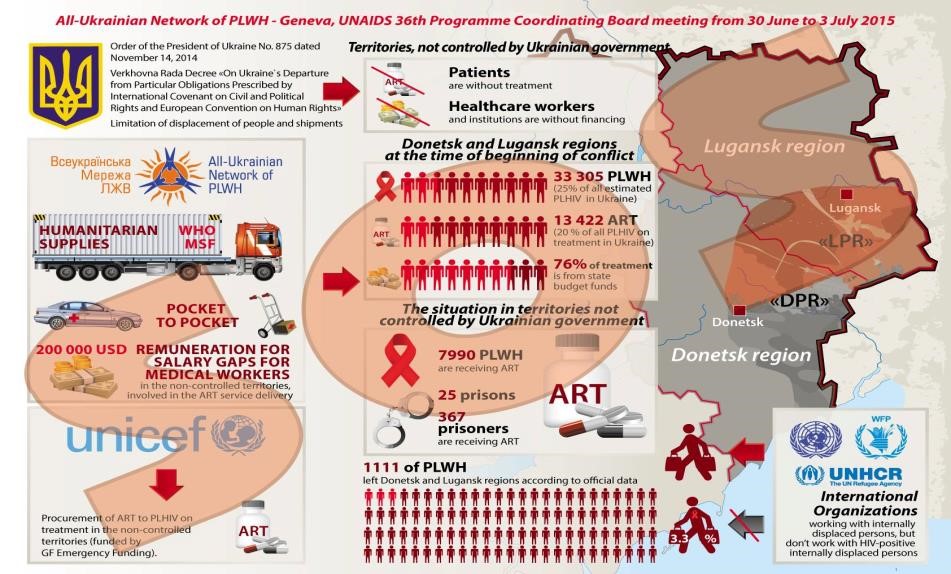 Advantages and results of the Ukraine PCB membership 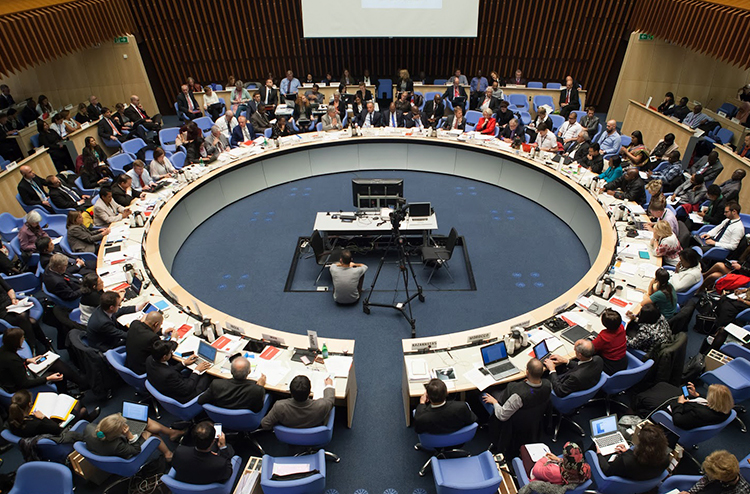 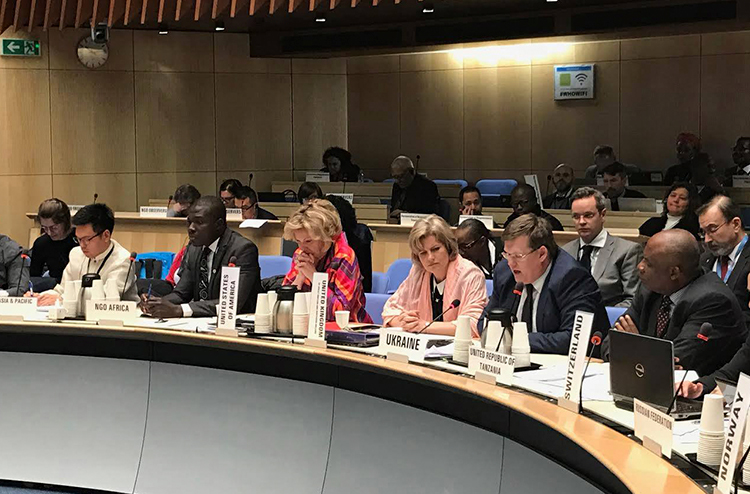 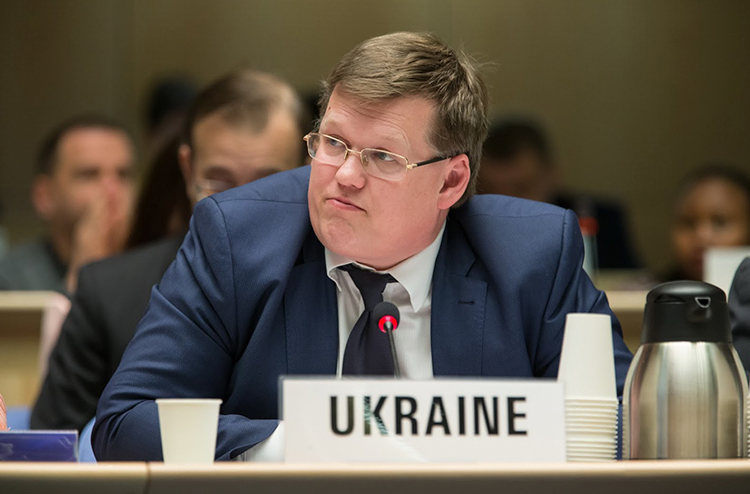 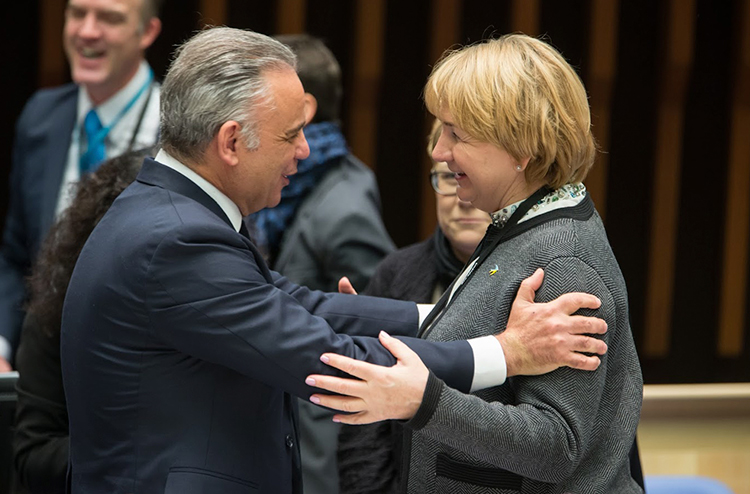 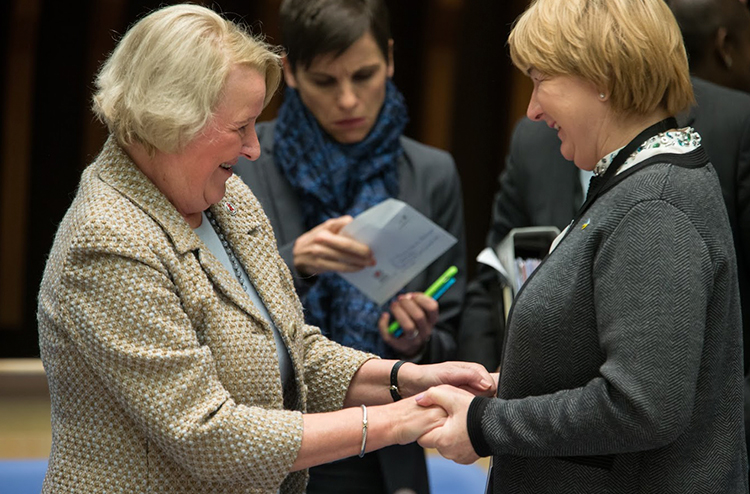 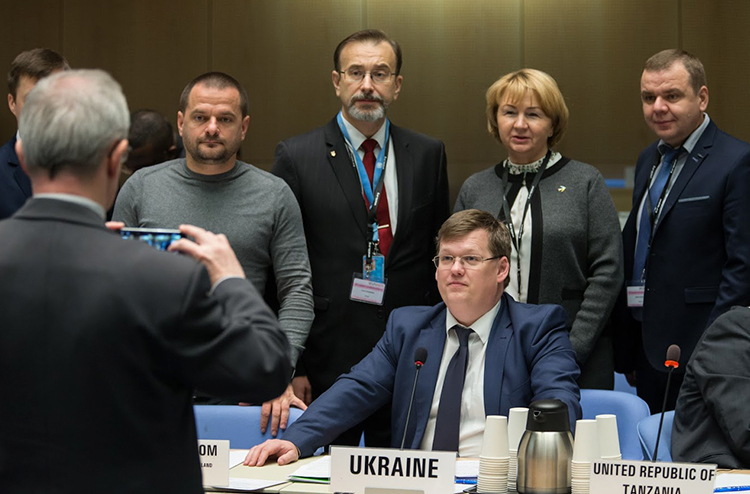